Greetings from the presidents 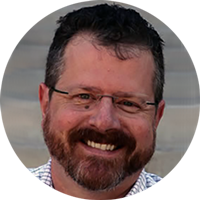 As the incoming President of IALLT, I want to thank the organizing committee for all their hard work in putting on the seventh FLEAT conference at Waseda University. FLEAT has a storied history, having begun in 1981 in Tokyo. That conference was the first for IALL, the International Association for Learning Laboratories, the forerunner to current-day IALLT. Joseph Sheehan, the President of the National Association of Language Laboratory Directors (NALLD) wrote at the time that the late Professor Kohmoto Sutesaburo of Meigi Gakuin University was instrumental in developing the idea of a joint conference and is truly the “father of FLEAT”. We owe him an immense debt of gratitude for his foresight.

FLEAT is a wonderful opportunity for J-LET and IALLT to reconfirm and strengthen what is perhaps the most important relationship that IALLT has with a sister organization. The presence of our members at each other’s conferences, our regular and fruitful communication, and our mutual respect and admiration are the foundation of our relationship, one that IALLT hopes will continue long into the future. IALLT looks forward to this FLEAT VII, and to future joint conferences in the United States and Japan.

I look forward to meeting many new colleagues and friends at FLEAT VII at Waseda and to seeing you at a future meeting in the US.